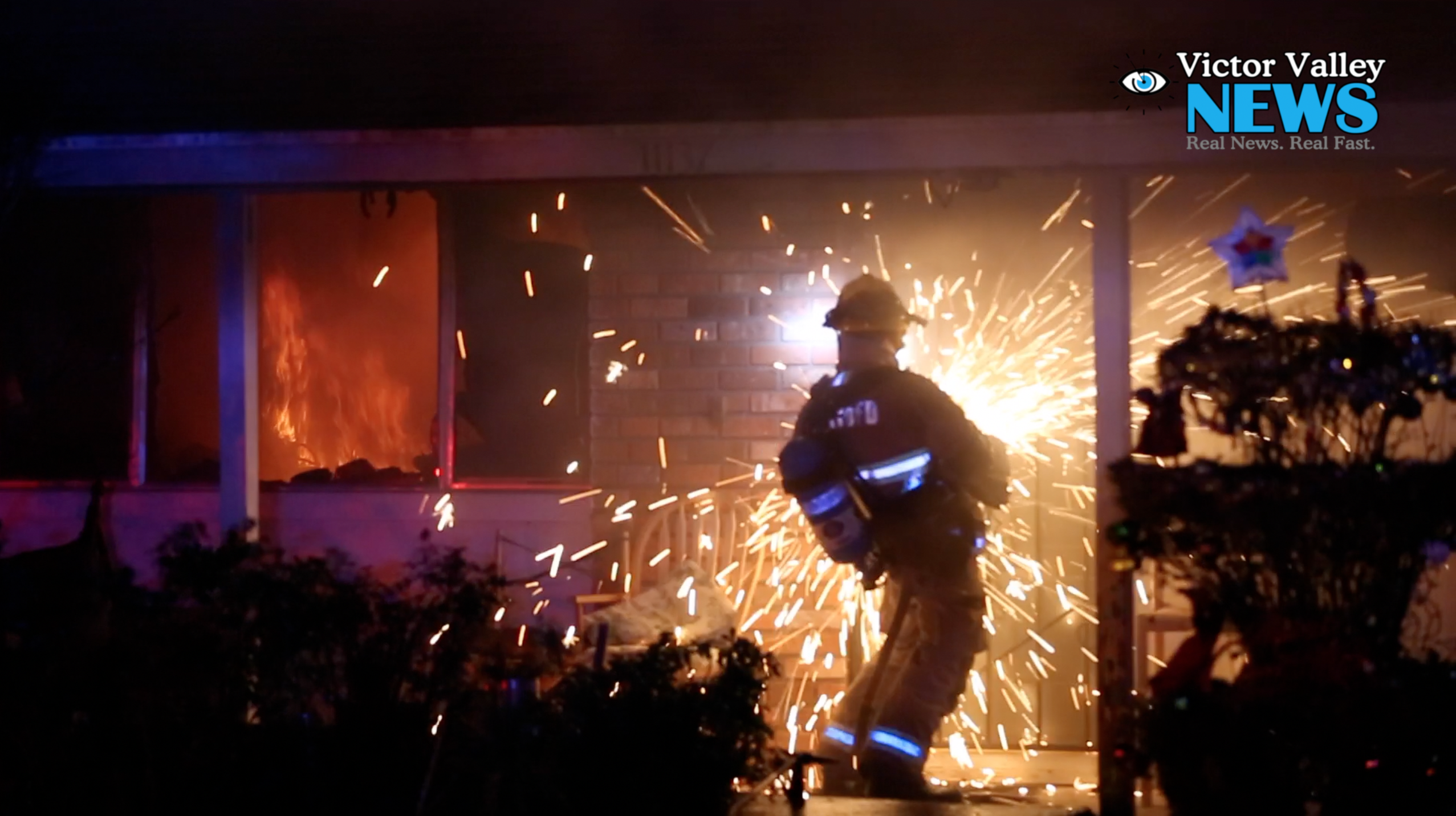 HESPERIA, Calif. (VVNG.com) San Bernardino County Fire has confirmed that the second person has died as a result of an early morning house fire on Christmas Eve.

When firefighters arrived on scene they found the home heavily involved in fire towards the back of the structure and also received reports of several people trapped.

A security door made it difficult for firefighters to immediately gain access to the home. It required a chain saw to cut the front door open.

Within moments an intense fire quickly spread throughout the front corridors of the home and was visible through the front living room windows.

“At that point (Firefighters) aggressively engaged in an interior fire attack and search, they were able to locate two inhabitants in the rear bedroom of the structure and remove them,” said Eric Spies, San Bernardino County Fire Public Information Officer.

The female was the first to be removed from the home, followed by the male moments later. Deputies and Firefighters worked together to perform CPR on the patients as they were brought out to the front yard.

“They were transferred in critical condition by two county ambulances to a local hospital,” said Spies.

The male patient was declared deceased at the hospital just after 4:00 a.m. The female was listed in critical condition but later succumbed to her injuries.

A witness on scene said he was the neighbor that called 911 while desperately trying to get inside the residence to help, but was unable to assist due to heavy smoke. He was treated at the scene for cuts to his hands.

A woman from across the street said, the couple lived alone and appeared to be in their 60’s.

An officer that was performing CPR on one of the patients told Victor Valley News, “Behind this face I’m sad. This is somebody’s mother and father. I get to spend Christmas with my family but they won’t. When I go home I will cry myself to sleep and just pray for them.”

Four engines, one truck company, two ambulances, two chief officers and an investigator from County Fire for a total of 22 personnel were assigned to the incident. No injuries to firefighters were reported, and damage estimates are still being compiled.

The cause of the fire remains under joint investigation between County Fire’s Office of the Fire Marshal and San Bernardino County Sheriff’s Bomb/Arson Unit.