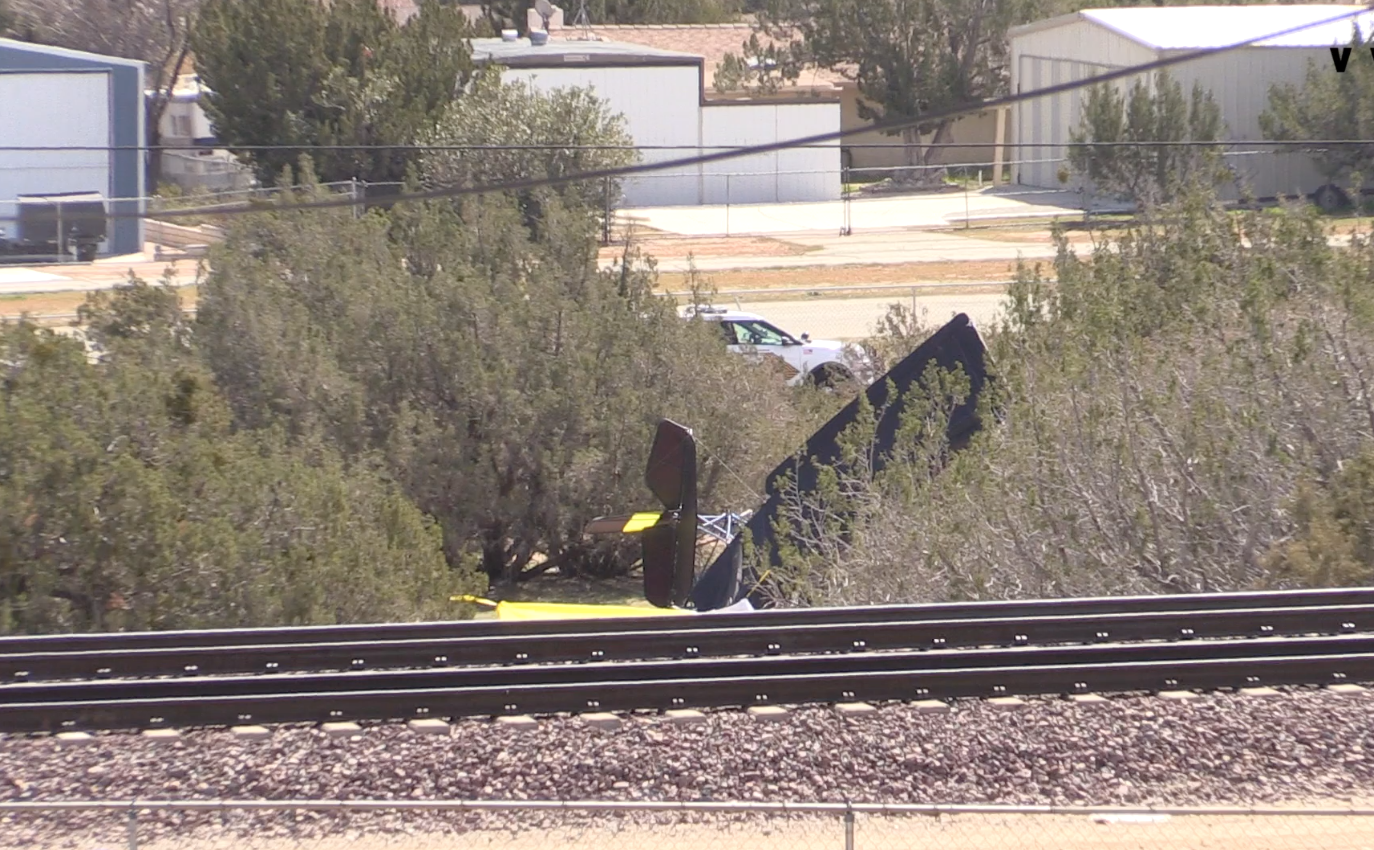 HESPERIA, Calif. (VVNG.com) A small ultralight aircraft crashed near the Hesperia Airport killing one person on board Tuesday morning.

The crash was reported around 10:00 a.m. just west of the airport landing strip. The airport, located on Sante Fe Avenue and Ranchero Road is a public-use and privately owned airport.

Deputies from the Hesperia Station and the San Bernardino County Fire Department arrived on scene and located the two-seater “hobby” aircraft, according to Hesperia Spokeswoman Jackie Chambers.

When authorities arrived they determined the aircraft sustained major damage during the incident.

Chambers said a white male adult was the sole occupant of the aircraft and was pronounced deceased on scene.

It’s unclear if it was attempting to land or depart from the airport.

FAA does not require ultralights to have any proof of airworthiness. It is the responsibility of the owner to make sure the ultralight is safe. A pilot license is not required for those flying an amateur-built single-seat aircraft, however, a two-seater requires a Sport Pilot Certificate or higher to fly.

Hazmat has been requested to respond to the area for approximately 10 gallons of fuel that leaked from the hobby plane.

The FAA and the NTSB have been summoned to the site of the accident and will be further handling the investigation.

For more news join our group on Facebook with over 91,000 members. https://www.facebook.com/groups/victorvalleynews