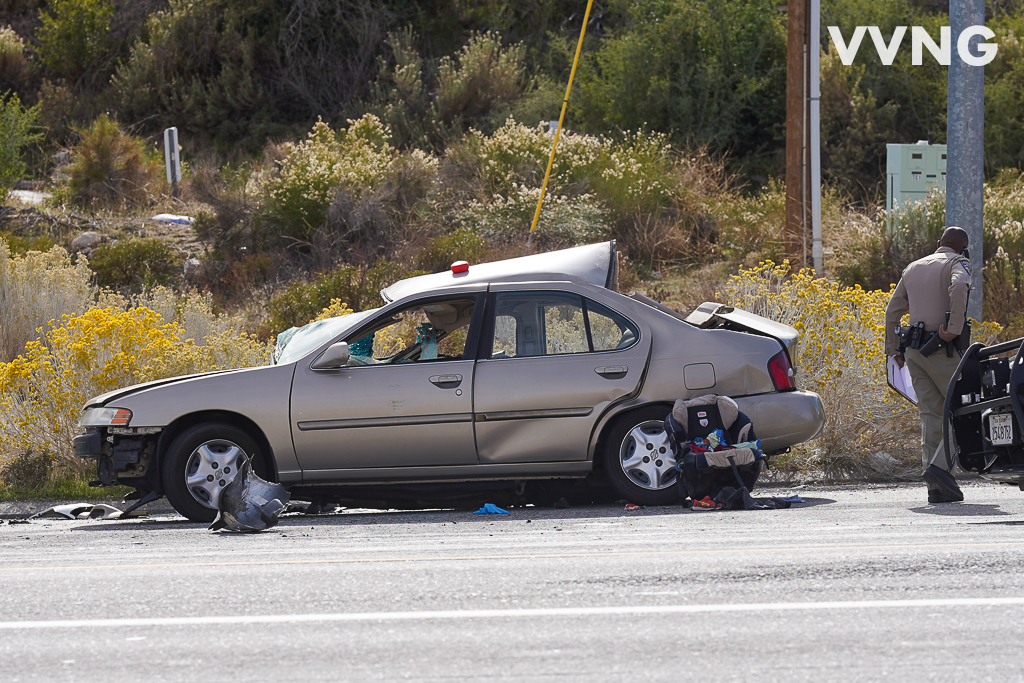 One person was killed in the 2000 Altima. (Hugo C Valdez VVNG)

PHELAN, Calif. (VVNG.com) – One person was killed and a child critically injured following a crash on Highway 138 in Phelan Friday.

Firefighters pronounced one person deceased inside the gold sedan, and requested a helicopter for a critically injured child, per scanner traffic.

According to the California Highway Patrol logs, several children were in the white SUV, and at least one child in the gold sedan.

The driver of the Sequoia was later transported by ground ambulance as a precaution.

This is a developing story, please monitor VVNG.com for future updates.