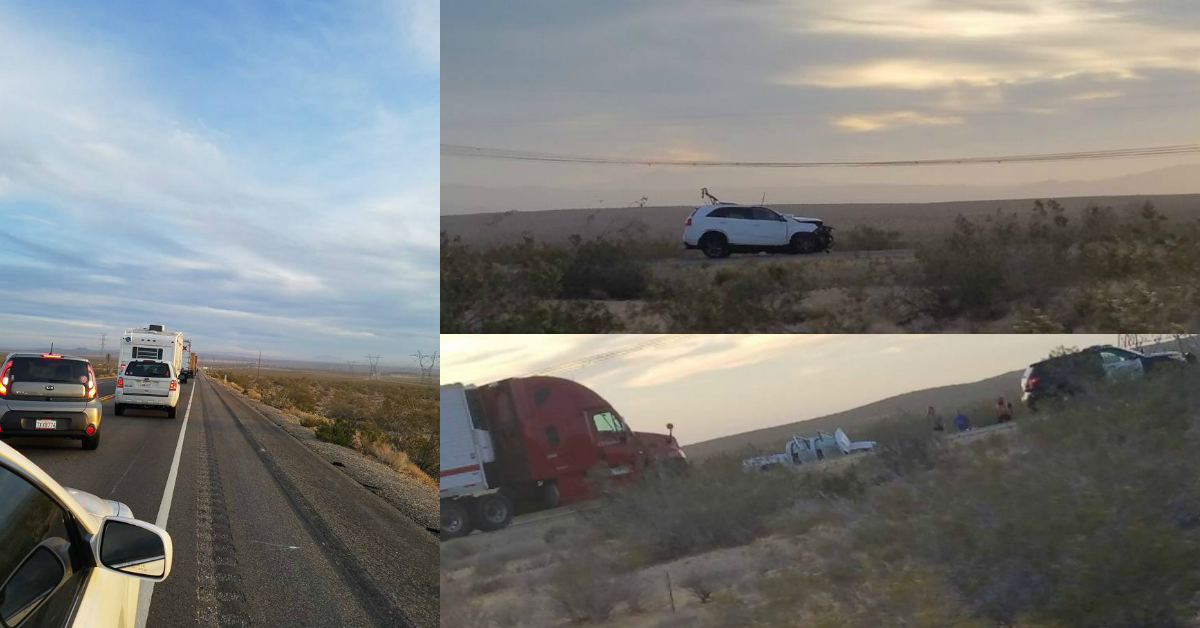 At about 5:30 AM, on June 9th dispatch, received multiple reports of a head-on traffic collision on Highway 395 approximately 8 miles south of Kramer Junction.

County Fire Engineer told Victor Valley News one person was pronounced dead at the scene, two others listed as sustaining life-threatening injuries, and one other as delayed. “Both immediate patients were flown to Loma Linda Medical Center and Arrowhead Regional Medical Center.”

Rhonda Chambers told Victor Valley News that her husband is a truck driver and witnessed the accident. “A woman in the white SUV tried passing an 18 wheeler and crashed into the other car,” said Rhonda. “(My) husband called 911 and covered the body. Please drive safe out there. Passing on a 2 lane, high-speed highways like 395 puts you and everyone else at risk. R.I.P to the victim and prayers to her family and the others injured”.

Highway 395 remained shut down in both directions till about 9:00 AM. The official cause of the accident remains under investigation by the California Highway Patrol.