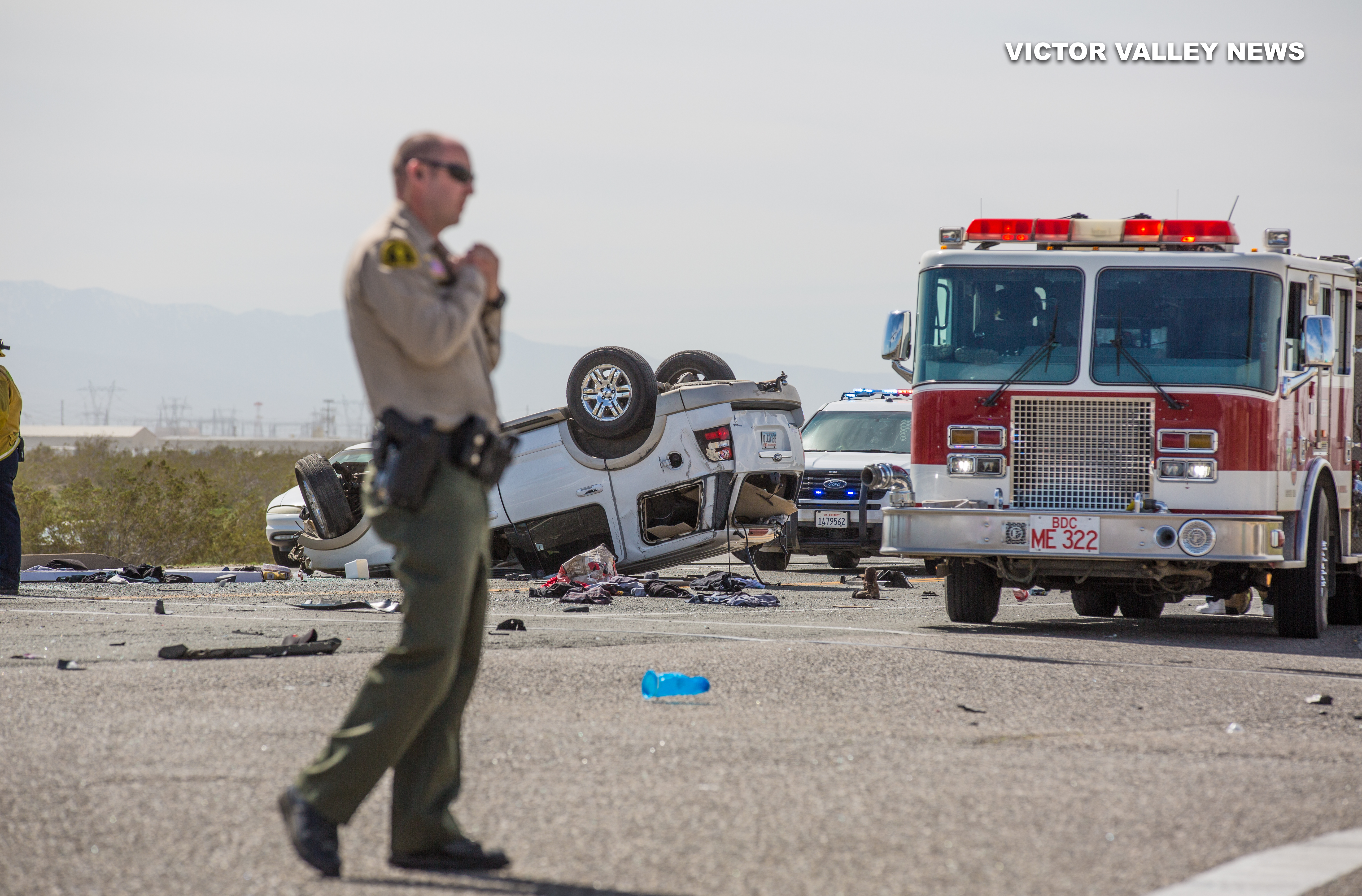 At approximately 2:15 p.m. authorities responded to the intersection of Air Expressway and Phantom West for reports of a white Ford Explorer vs. a silver Ford Mustang convertible.

Emergency personnel pronounced the driver in the Mustang deceased at the scene. A passenger from the Mustang was listed in critical condition and airlifted to a trauma center.

The male driver of the Ford Explorer was able to self-extricate and sustained only minor injuries.

The Mustang sustained major damage to the driver side and the Explorer had major front end damage and landed on its roof.

Sheriff’s officials said the Mustang was attempting to perform a left turn from Phantom West onto eastbound Air Expressway and the Explorer was traveling westbound on Air Expressway when they collided in the intersection.

The speed limit on Air Expressway is 60 MPH. It’s unknown at this time which vehicle had the right-of-way.

The roadway is expected to be closed for several hours between Nevada Avenue and Gateway Drive for an investigation to determine the exact cause of the accident.

The Victorville Sheriff’s Station is handling the investigation. Anyone with information is urged to contact Deputy M. Chavez at 760-241-2911.

A person in the Mustang convertible was pronounced dead on scene by medical personnel. (Gabriel D. Espinoza, Victor Valley News)