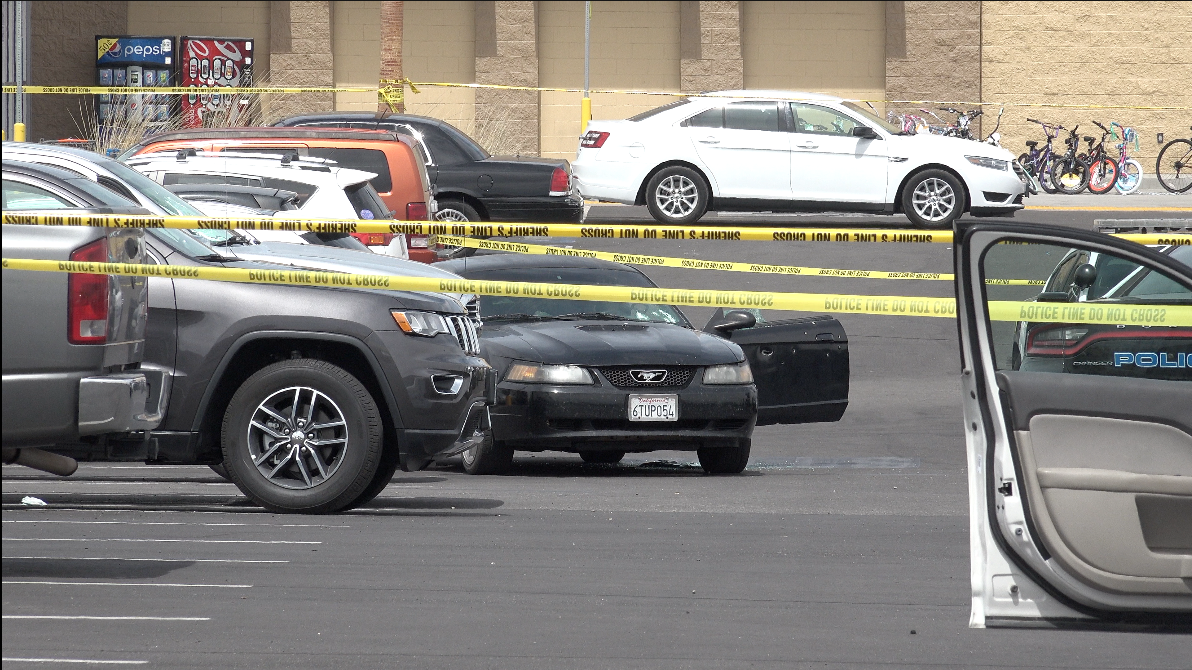 At 10:53 am, Barstow Police Officers we’re called to the Walmart parking lot in the 300 block of Montara Road for a suspicious vehicle.

According to Sheriff’s Spokeswoman Cindy Bachman, when deputies arrived on scene, they located a black Ford Mustang driven by a subject that they recognized as a suspect that was wanted for a recent crime.

The crime that the suspect was wanted for was a stolen vehicle case out of the city of Barstow, according to Bachman.

“The driver pulled the vehicle into a parking space and as the patrol cars approached the driver reversed and accelerated towards the officers, striking one of the Barstow police cars,” Bachman said.

According to Bachman, “the Barstow police officers were out of their vehicles and giving the driver commands to stop and exit the vehicle. The driver then accelerated a second time towards the officers and struck a second Barstow patrol car. At that time, the officer involved shooting occurred.”

Inside the vehicle, there was a driver and three passengers. There were three people injured one of them suffered fatal injuries. Another female suffered multiple gunshot wounds and was airlifted to Arrowhead Regional Medical Center.

The slain suspect appeared to be a Black Male Adult who remained slumped over inside the Mustang.

“There was a second male passenger who exited the vehicle and at some point suffered some kind of injuries to his lower extremities. I can’t be more specific than that because the officers just don’t know how he was injured. But he bailed from the vehicle on foot and somehow was injured. He has been transported to receive medical attention,” Bachman said.

The third passenger in the vehicle, also a male bailed on foot from the vehicle and was detained a short distance away. He did not suffer any injuries and was transported to the Barstow Police Department for questioning.