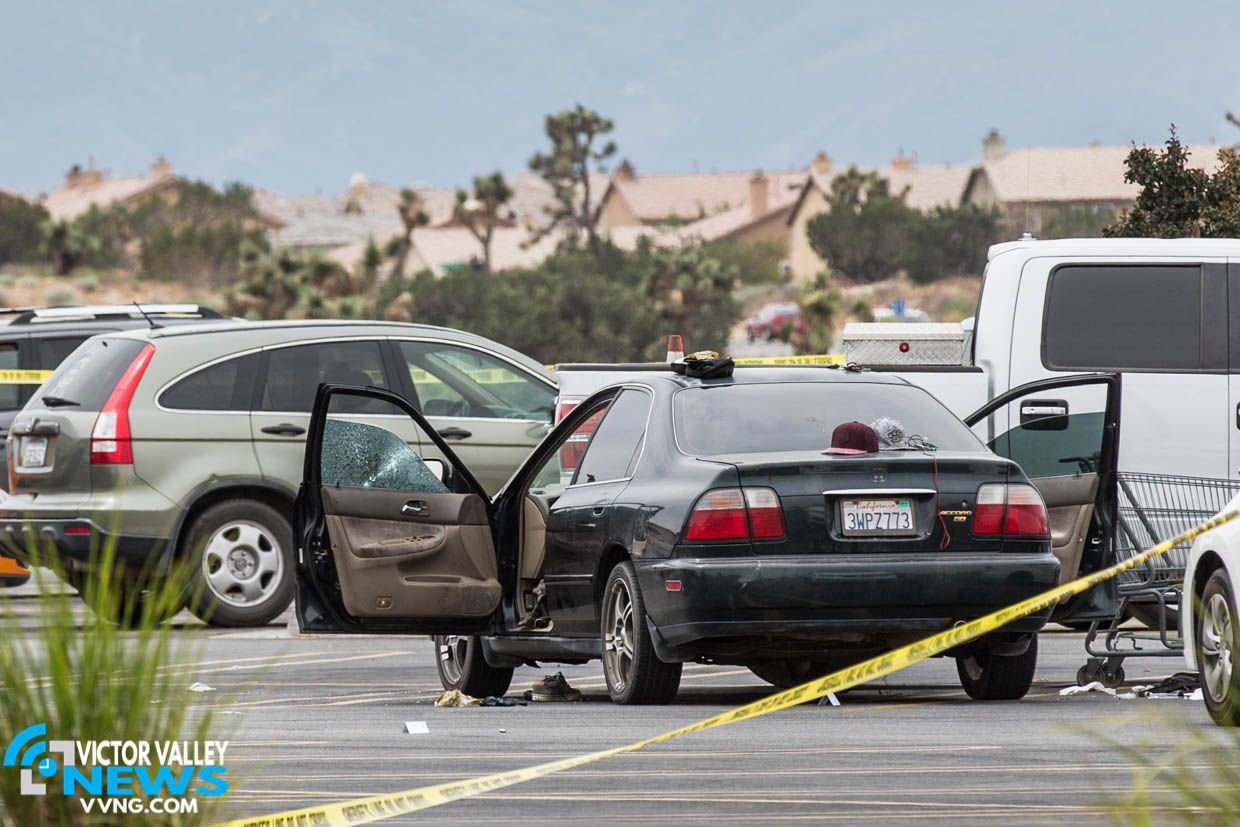 HESPERIA, Calif. (VVNG.com) An investigation has been launched following an officer involved shooting that left one person dead Wednesday morning.

According to Sheriff’s officials, on May 31th around 8:30 a.m., an Auto Theft Task Force observed three men in the middle of the car theft at the Hesperia Walmart on Main Street, when deputies attempted to approach the vehicle the suspects were uncooperative.

For reasons still under investigation, deputies opened fire and shot two suspects and arrested a third person. The two injured were transported by hospitals, one by helicopter to a trauma center and another to Desert Valley Hospital where he was pronounced deceased.

Victor Valley News spoke to the owner of the green 1997 Honda who said their vehicle was stolen from their Victorville home Wednesday morning.

“We woke and noticed the car was gone and filed a police report, then our neighbor told us they saw our car on the news in the Walmart parking lot,” said the car owner, who declined to provide their name for safety reasons.

This comes after several shootings in the Victor Valley area, including an officer involved shooting yesterday in Apple Valley.

This story is developing and will be updated as more information becomes available.