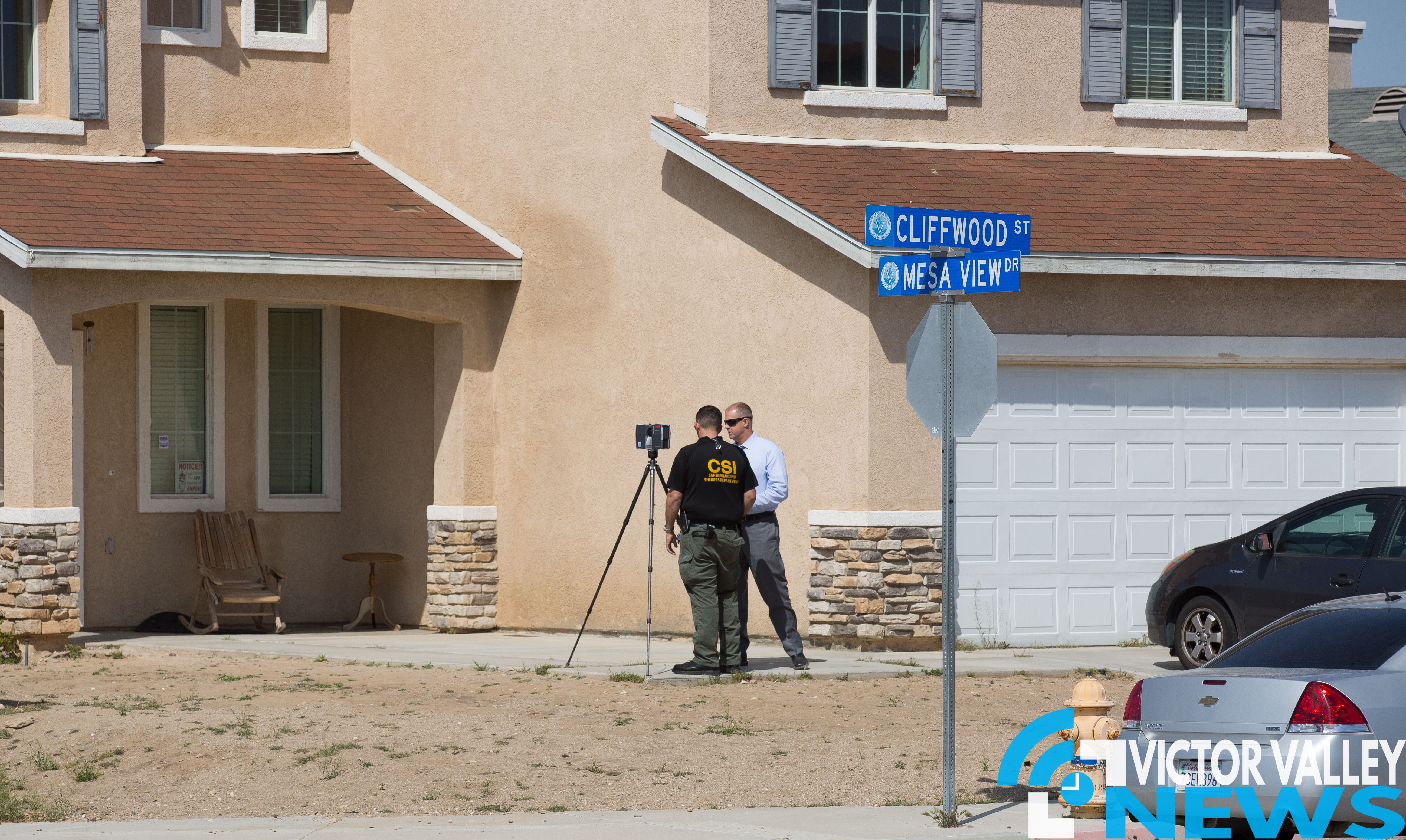 VICTORVILLE, Calif. (VVNG.com) Detectives are in the middle of a death investigation after a person was found dead in a home Saturday morning.

Deputies from the Victorville Police station were dispatched to the 11700 block of Cliffwood Street just after 11 a.m., after a man called 911 reporting blood throughout the home and two dead bodies.

When authorities arrived they immediately detained a  person whose feet were covered in blood, scanner traffic reported.

A neighbor told Victor Valley News that a man was taken from the home and placed in handcuffs as he was shouting, “I didn’t do it, they’re trying to frame me.”

“The man that lives in the home has always given me the creeps and I never felt right about him,” a second neighbor said in anonymity. “A lady and her boyfriend lived there, and recently other family members moved in as well.”

A detective on scene said Mesa View Drive at Cliffwood Street will remain closed for about 12 hours as they conduct a thorough investigation.