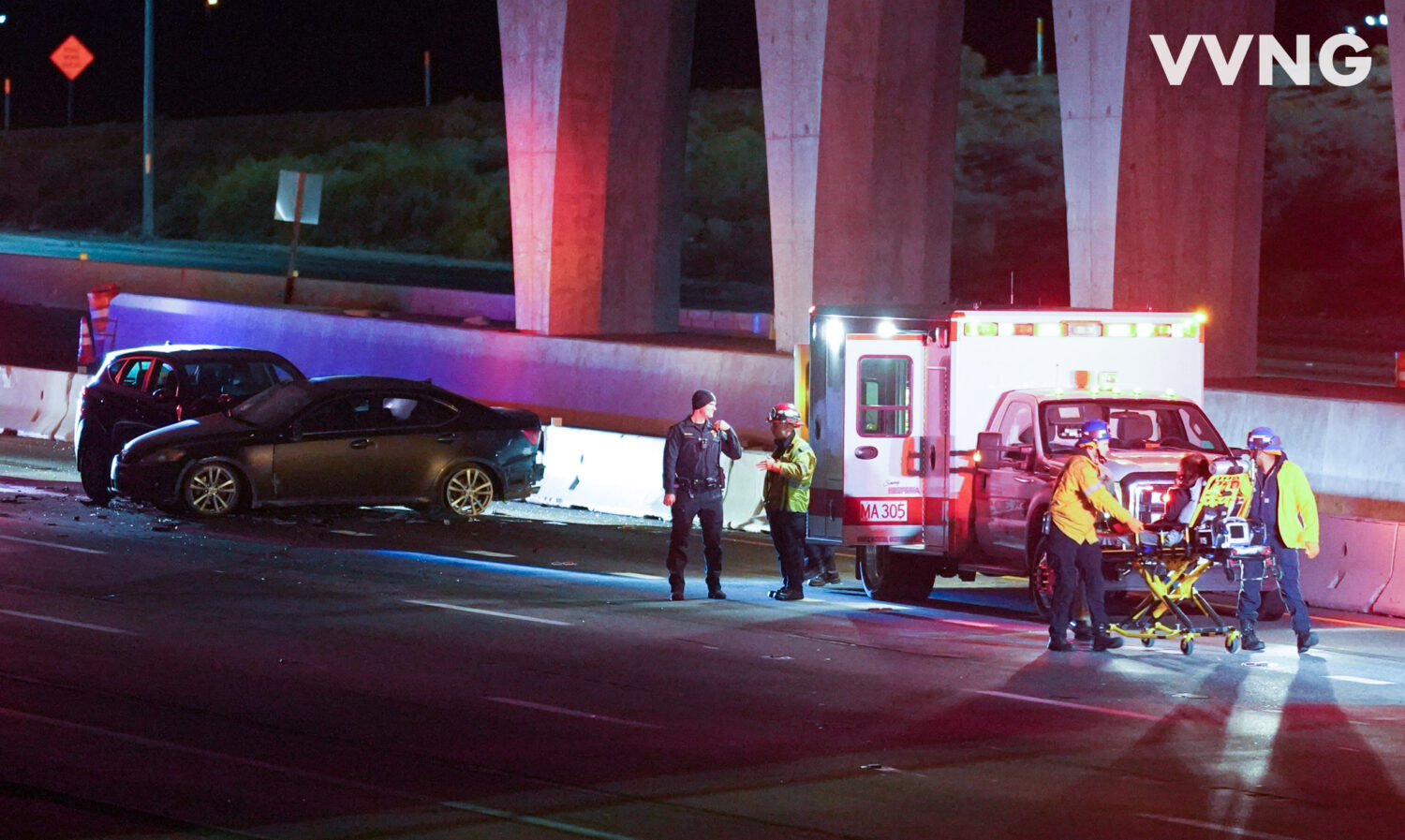 (Traffic on the northbound I-15 was shut down for one hour, and reopened just before 5 am. -- Gabriel D. Espinoza)

HESPERIA, Calif. (VVNG.com) — One person was critically injured in a crash on the 15 freeway in Hesperia Sunday.

It happened at 3:51 am, on the northbound 15 freeway under the Ranchero Road overpass.

The California Highway Patrol shut down all lanes of traffic for medical personnel to treat the occupants of both vehicles.

Per CHP logs, a woman was laying on the shoulder of the freeway with a possible broken foot, and another female from the same vehicle sustained minor injuries.

The driver of the second vehicle also sustained minor injuries. The critically injured person was transported by ground ambulance to a local hospital.

Traffic was shut down for one hour, and reopened just before 5 am.

No condition of the critically injured person was not immediately known.

The cause of the crash is under investigation by the California Highway Patrol – Victorville Station.

Lucerne Valley man, 32, arrested after pursuit in a stolen vehicle