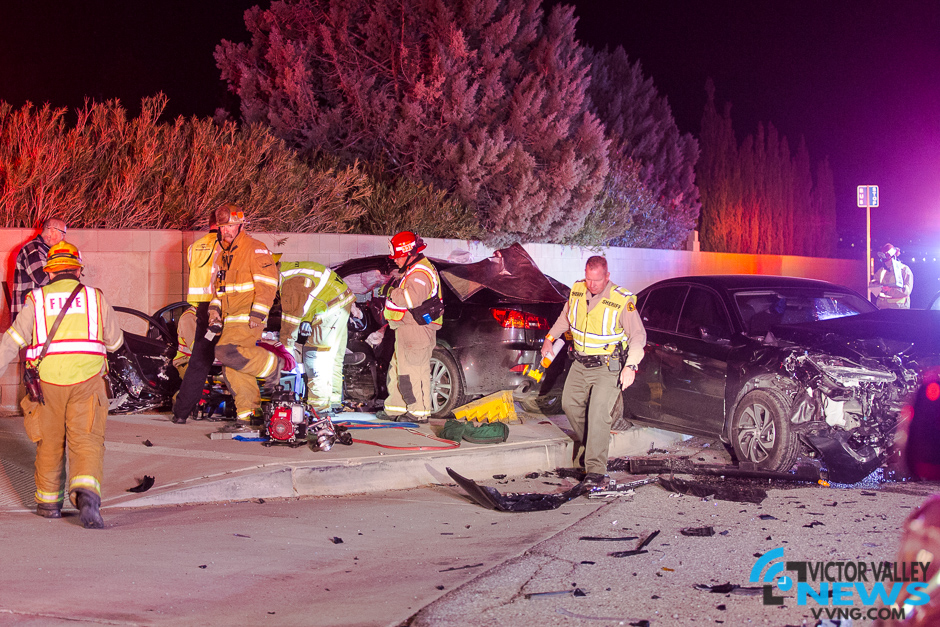 At 6:07 p.m. Firefighters from the Apple Valley Fire Protection District responded to a traffic collision at the intersection of Central and Ramona Roads.

When authorities arrived on scene, they located a Lexus and a Honda with major damage.

According to Fire Chief Sid Hultquist, the Lexus was traveling eastbound on Ramona Road and collided with a southbound Honda Accord. “Not sure if [the Lexus] stopped at the stop sign or proceeded through it,” stated Hultquist.

The two vehicles collided and the impact caused the Lexus to collided into a block wall at the Golden Meadow Village.

The driver of the Lexus was trapped in his vehicle while his brother, who was the passenger in the vehicle, sustained only minor injuries.

“We used the jaws of life to actually extricate the driver of the Lexus from his vehicle,” stated Hultquist.

“He suffered serious injuries including a deformity to his left leg. He’s being flown to Arrowhead Regional Medical Center as a precaution for further evaluation.”

The driver of the Honda Accord received minor injuries and was taken to St. Mary’s medical center for further evaluation.