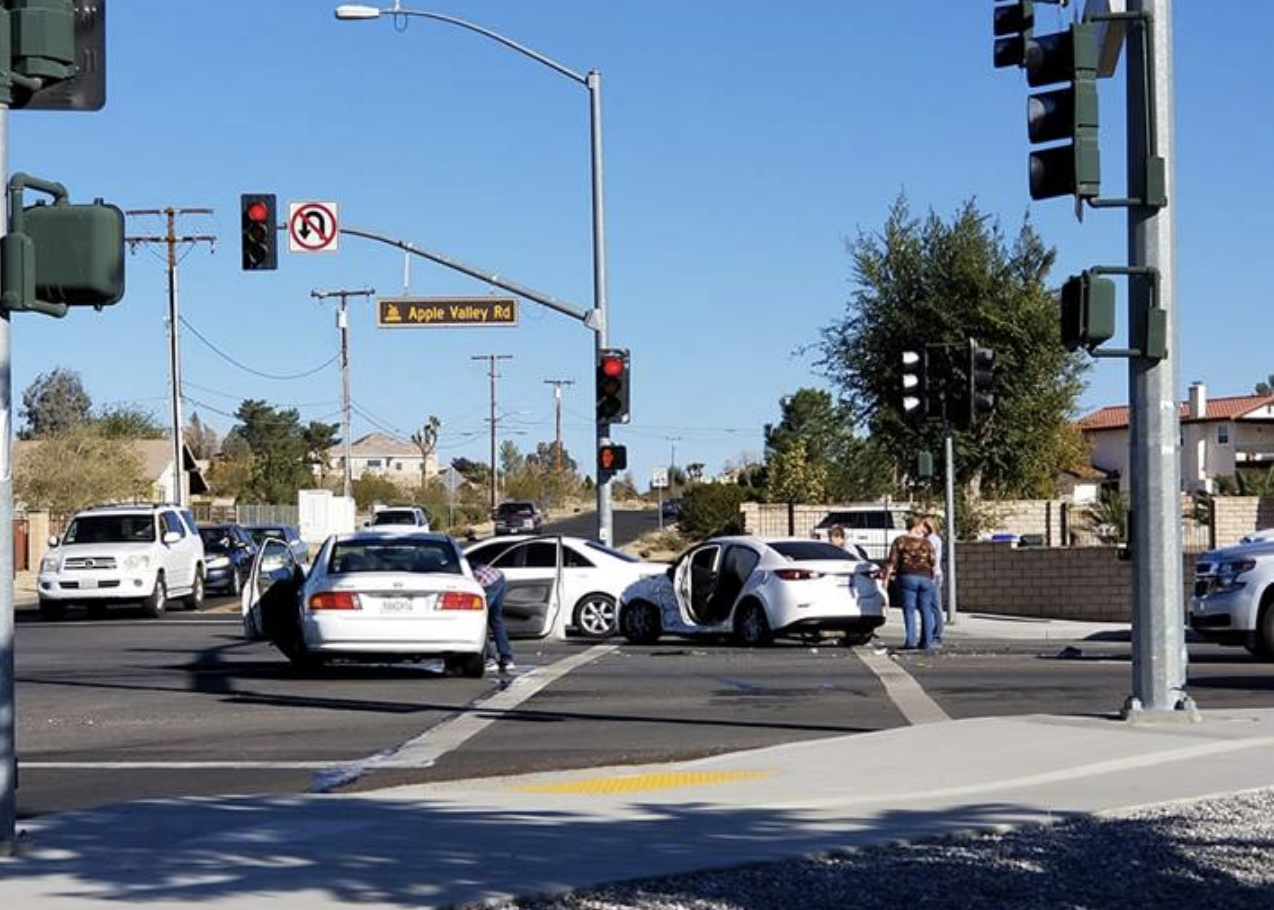 It happened at about 2:12 pm, at the intersection of Apple Valley Road and Shoshone Road.

Apple Valley Fire Protection District firefighters responded to the scene and performed minor extrication on one occupant that was trapped.

Firefighters requested an airship to airlift the immediate patient to a trauma center. Two patients were transported by American Medica Response (AMR) ambulances to local hospitals and the third patient was airlifted to Antelope Valley Hospital via County Fire helicopter H325.

The cause of the crash remains under investigation by the Apple Valley Sheriff’s Station.